Ariya Malek, M.A., is a profound speaker, Leadership and Business Coach, and most importantly, a devoted student of the “work” itself! Ariya was introduced to the workshops in 2010 as a student. After experiencing firsthand the impact that this school of thought could create on the lives of others, he was convinced that this was the path he was committed to serving. As he rigorously broke through his own barriers and continuously sought out to grow in this field, he decided to further his education and received a Master’s in Psychology in 2013. Through the mentorship of founder, former president, and trainer Dr. Sam Navid, Ariya took on the role of Leadership Coach and worked side-by-side with Sam in the trainings and workshops to follow.

Now, as the new EAC President and Director, Ariya is carrying the torch that he has rightfully earned; and is taking on the legacy with his growing leadership skills and acquired education. Ariya’s vision is to continue the creation of a space available for those willing to go far and breakthrough any limited beliefs that are standing in their way of achieving and creating a life they desire and deserve! He is devoted to his purpose of providing access to the same tools that continue to transform his own life by creating a space of true freedom and expression to everyone else, so that they too, can find their power within!

Ariya Malek and Educational Awakening Center’s mission is to serve as a stand for humanity; making a difference in the world; one training at a time! 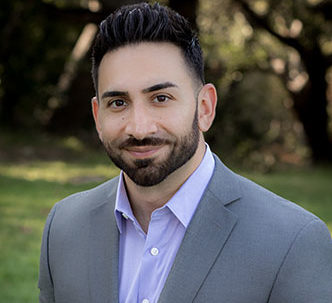